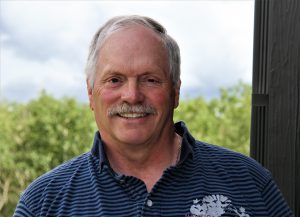 In January 1977, five men tunneled through steel and concrete to break into the Vancouver Safety Deposit Vault. The men pilfered more than 1200 safety deposit boxes and stole millions of dollars in jewelry, gold bars, and cash. It was a perfect crime. Except, when staff at Vancouver International Airport noticed that the men’s luggage was exceptionally heavy, they called the police. The men were arrested. The perfect crime a flop.

This is the true story that inspired Don Levers to begin to write his novel, Loot for the Taking. “The idea of these professional criminals who staged the perfect crime with an imperfect getaway wouldn’t leave me,” said Levers.  He began writing the novel in 1987 and last year, with encouragement from his family, Levers sat down to finish his book. “It took a solid year of writing, re-writing, editing, re-writing, and more editing to reach the finish line,” said Levers.

There are a lot of parallels to publishing a book and planning the perfect crime. You can write the best book on the planet, but if you don’t take steps to make sure your getaway (marketing plan) is solid, you’ll be grounded in terms of book sales. Which is why Levers decided to make book marketing his primary occupation. “It’s a lot of work but if you enjoy it, it’s not a job,” he explained. 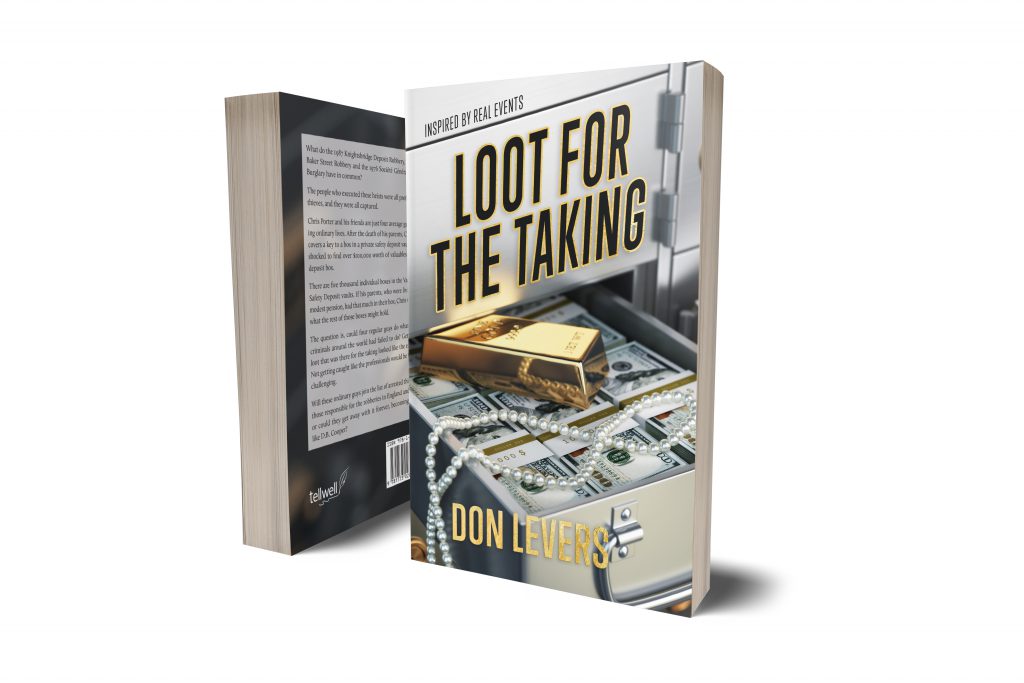 His marketing plan is three-fold: create an online presence, use events to create buzz and opportunities to interact directly with potential readers, and reach out to media to earn publicity.

First, Levers realized he needed to learn how to manage the backend of his website and how to use social media. Learning the technological tools to assist with marketing was a bit of a learning curve, but he approached it with an open mind and a fantastic sense of humor: “I’m starting to get the hang of it, I hope to graduate from twerp to twit soon.”

In addition to ensuring he can be found online, he is planning a Western Canada book tour to launch Loot for the Taking, with stops in Kelowna, Kamloops, Vancouver, Victoria, and back to his home in Edmonton. He spends 30 hours per week lining up venues for signings and readings, and reaching out to media outlets to get coverage. Levers has great advice for newly published authors hoping to create buzz: “You have to be persistent and shameless. If you are going to sit at home you won’t sell books—you have to be out promoting it.”

He has developed a publicity method that fits his personality and creates results. He spent much of his adult life in sales, so has no fear of cold calling.  “I’ve had the best luck phoning first with a pitch. Then I follow up by sending my book backgrounder and a clear ask in an email.”

Levers has sent out more than 50 emails and his persistence has paid off. He has interviews with media outlets in nearly every city he will visit on his tour including CBC Radio Kelowna, Kamloops CHNL 610 Radio, CFJC Kamloops T.V., and many more. Kelowna Daily News recently published an article.  “When you get a win it feels great.” Levers is now working on securing publicity in both Vancouver and Victoria, and has an interview slated for the Capital News in Victoria and CBC Vancouver.

When asked what his greatest marketing challenge has been to date, Levers explained that he’s found it to be nearly impossible to get an indie book onto the shelves of a physical bookstore without the promise of some media attention. As well, dealing with bookstores to organize consignment arrangements has required both patience and diligence. “It’s hard to get in touch with the point person for each store. I recommend authors take the time to follow up, if you don’t you’ll hurt yourself. I am fortunate to be retired so I have the time.”

Levers is using his creativity to think of unique and fun ways to reach potential readers. His request to host an event at the Kelowna Golf & Country Club, one of the settings in Loot for the Taking, is before the golf course’s Board of Directors awaiting approval (they’ve never hosted an author event before.) He’s also working with wineries in the Thompson-Okanagan area to stage “Wine and Crime” nights where participants can relax with a glass of wine while listening to him read. Dirty Laundry Vineyard in Summerland is the first winery to host.

“They have had some artists there painting, but never an author. I hope it is successful enough that other authors might be able to do something like this in the future.” Levers is waiting to hear back from two other wineries: Mission Hill and Monte Creek.

To date, Levers’ strategic marketing efforts have earned him 8 book signings at prominent bookstores, 7 scheduled media interviews on radio and television, 3 newspaper articles, and a slate of potential swanky book events. In terms of promoting an independently published book, Levers is a mastermind!

For a complete list of dates for the author’s Loot for the Taking book tour, and addition details about the book, please visit www.lootforthetaking.com.

Like our blog content? Join our monthly newsletter.
authorauthor of the monthauthor tipsbook marketingbookscanadian authorscanadian self-publisherDon Leversindie authorsindie publishingmarketingpublicitypublishingself publish in canadatellwell authorstips and tricks
You may also like
Psychologist, professor and author Ronna Jevne on how to cultivate and find hope during the Covid crisis
At 15-years-old, actor, model and author Ricko Dupri Sample already has two books to his name