Celebrating Tellwell authors in the media, award-winners, bestsellers, and more!

From Trinidad to Canada: Living in Parallel Worlds

Author of Immigration, Race and Survival Cecily Alexander was featured in The Caribbean Camera!

This memoir is a collection of many journals she has kept over the years. She uses journalling as a way of working through feelings and emotions and of learning from her experiences. She has had a career as a dietitian for over forty years. Her career has included academic writing, and she has one previous book publication: a book on nutrition and weight loss called “Just Eat Less: Easier said than done.” She has a master’s in business administration specializing in organizational behaviour in addition to her nutrition degree from the University of Guelph. She has taught at both the university and college levels. She lives in Southern Ontario.

One Foot over the Edge:

A Canadian Soldier’s Personal Account of The Rwandan Genocide

Ottawa Citizen featured Shane Mutlow, author of One Foot over the Edge: A Canadian Soldier’s Personal Account of The Rwandan Genocide.  He shared how equine therapy saved his life after witnessing the horrors he had endured from the genocide in Rwanda.

Shane Mutlow is a veteran of the Canadian Armed Forces, where he spent time at 1 CDHSR as a radio operator, and at 3 RCR, where he served with a parachute company. Shane has been to many different countries while serving in the military. He was deployed on an UN tour, UNAMIR, in Rwanda, Africa, from 1994–1995, and witnessed the aftermath of the genocide caused by the civil war between the Hutu and Tutsi clans. He has had a successful career working at an engineering firm prior to his retirement in 2014. His story is twenty years in the making and is one that needs to be told.

The Concrete Vineyard by Cam Lang bagged the Gold Medal award for the Fiction – Mystery – Sleuth category at the 2021 Readers Favourite Awards!

“The Concrete Vineyard is a long and detailed book but has a fascinating plot. The in-depth descriptions of behind the scene government and planning that takes place, the mystery with so many suspects, and the deflection players will positively keep you reading.” – Trudi LoPreto for Readers’ Favorite

Three Months on an E-Bike:

(What Could Possibly Go Wrong)

Glenn Reddick’s Three Months on an E-Bike scored a five-star review from IndieReader!

“Between Reddick’s sense of humor, his rich descriptions of “the solitude of the Australian bush,” and his optimistic message, THREE MONTHS ON AN E-BIKE is an absolute pleasure to read and will appeal to any reader who enjoys memoirs, adventure stories, or travel writing.” – Stephani Hren for IndieReader

This is Glenn’s first book. The idea for it came to him after he told his friends and colleagues of his hilarious adventures riding an e-bike to work and back each day in all weather and terrain.

Chris Berryman’s Flying Saucer Visions received a cosmic review from Youtuber Ellie Orion, “In this book, you can be a part of a dialogue between a human boy and a higher consciousness who answers little boy’s questions about life.”

Synopsis: Christian is an imaginative loner who enjoys his private world of comic books and scary movies. Things get prickly when he starts seeing bizarre visual impressions in the dark, night after night. As he gathers shocking information about the visions, Christian is confronted with the opportunity for an adventure of cosmic proportions.

Guilty by Gender in Canada’s Capital

Crime memoir The Ottawa Way: Guilty by Gender in Canada’s Capital by Demetrios (Jim) Angelis was given a rating of 4.2 stars by IndieReader!

Demetrios (Jim) Angelis does not make for a typical criminal: a religious Greek Orthodox Christian born in Montreal, a law-abiding man, a doting father of two with two master’s degrees in administration who speaks four languages and who lived in New York City and Montreal before moving to Ottawa to study in local universities and work for the federal government.

A jury convicted him in 2010 of murdering his unfaithful wife in 2008, and obliged the judge to sentence him to life in prison at the notorious (but now-closed) Kingston Penitentiary, home to Canada’s worst criminals. The jurors were convinced that he intentionally suffocated Lien Le in front of their kids while they sat on the living room couch watching TV. The social and news media mocked, shamed, and condemned the former nurse (who was nearly castrated by his wife Lien) even before the jury returned with their guilty verdict. But was it really murder, or was it something else?

With over 90 five-star reviews on Amazon.com, Cam Lang’s The Concrete Vineyard continues as a bestseller in both the US and Canada, as well as in Kindle US and CA, under “Urban and Land Use Planning.”

The Concrete Vineyard is also IndieReader approved, with an IR rating of four stars!

My Journey with Bipolar Disorder

The Crazy Golf Pro: My Journey with Bipolar Disorder by Don Walin is a bestseller under the category “Golf Biographies, Hot Releases in Golf and Manic Depression.”

The Crazy Golf Pro was also made it to BookAuthority’s Best New Bipolar Disorder Books!

Don Walin has lived with manic depression (bipolar disorder) for over thirty years. Ultimately, this is a success story about overcoming a severe mental illness. He wrote this book in order to help others. He is looking forward to the future as an author and a mental-health advocate. Don lives in West Kelowna, British Columbia, Canada, with Elli, his common-law wife of twenty years, and Stella, their Bernese Mountain Dog.

Here are some pictures from Tabitha Biel Luak’s book launch for What a Godly Privilege to Be Born a Man in South Sudan!

One of the book’s themes talks about gender equality. “I decided to write this book primarily to inform and educate my people about some of the cultural practices that hinder our growth as a nation. At the same time, I wrote it to inform the general public about the danger of patriarchal practice.” –  Tabitha Biel Luak

The intent for this book is to create more magic in the world, allowing children to believe anything is possible if you have faith and courage, and love your smiling self, shining your inner light out into the world. This Inspirational Book was created with so much love and is for everyone who “believes in the power of their own magic.” 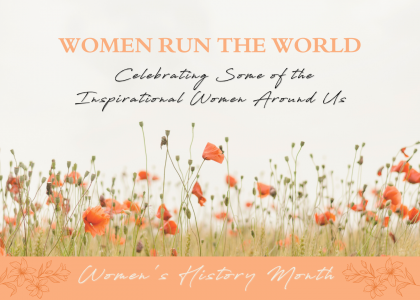 WOMEN RUN THE WORLD: Celebrating Some of the Inspirational Women Around Us