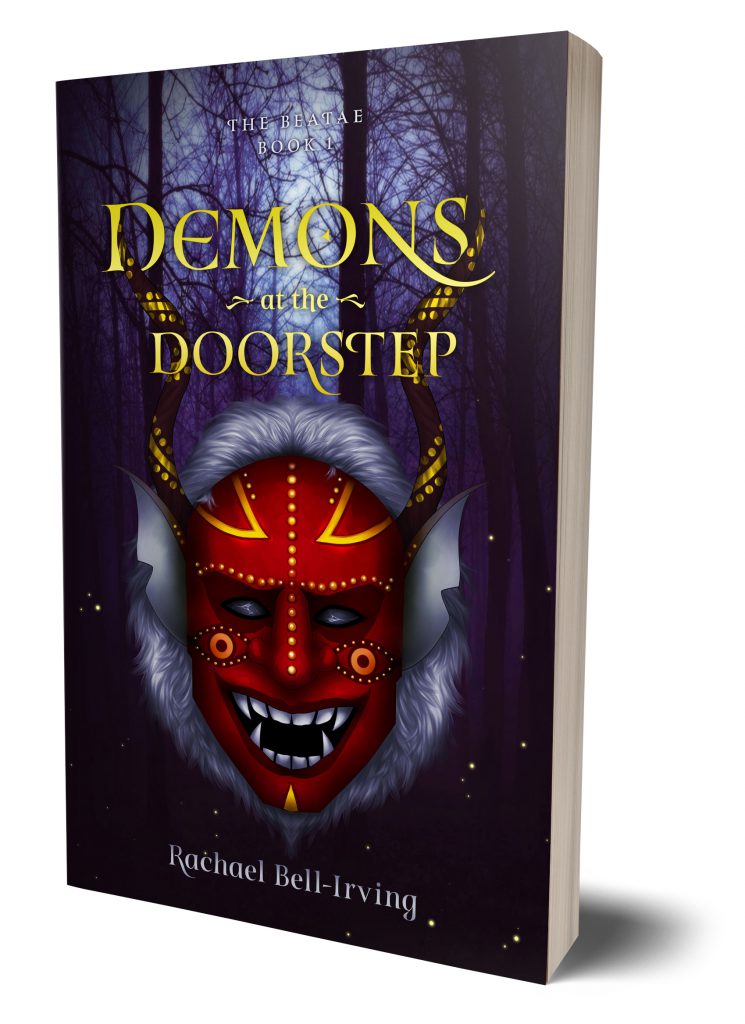 What inspired you to create this cover? What was the inspiration behind your font choice?

This cover was built around the illustration done for the author. So it came with its own starting off point. My main input on the cover was type choice. For that I went with a font called Turquoise. The reason I chose this font was the almost evil undertones and extensive glyph library. The swoop on the N, the roundness of the E and the symbol in the O were particularly nice.

What was the most challenging aspect of creating this piece?

Actually, this cover was a breeze to create. Because it came with a great illustration that completely conveyed its meaning, I didn’t have to spend time looking for images that may or may not work as well. I think the biggest challenge would have been figuring out title font and layout without knowing what space I had to work with. I really love books that take the custom illustration route, because it adds a much-needed uniqueness.

Did you use any interesting techniques in creating this cover?

The title treatment started out as a black and white vector in Adobe Illustrator. Once done, I placed it on top of the image within Photoshop, adding a gradient in a yellow colour, sampled from the image, added a bit of a drop shadow, and used a layer mask to hide parts of the title around the horns.

What was your favourite aspect of the cover?

The vibrantly intense colour palette. I love how the red, yellow and purples play off each other. I really can’t wait to see what’s in store for book 2.