An educator, an illustrator and a puppeteer walk into a bar… 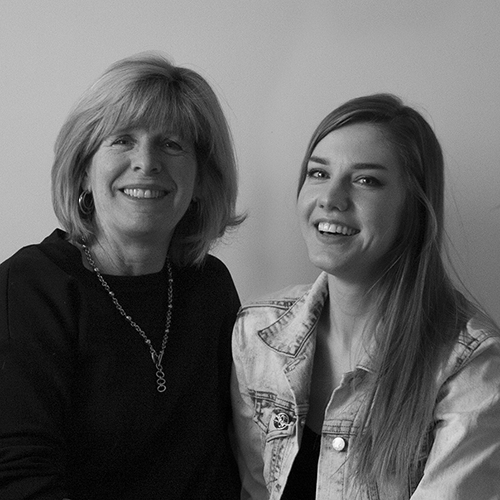 Long before holding her new book, Know Me, in her hands, before retiring, before hosting her first workshop for children, Linda spent her days as a child and youth worker and a special education teacher.

“I’ve always worked with kids that didn’t quite fit the system,” she says. “The system wasn’t designed for these kids. These kids that had some challenges, that had different stories and, perhaps, had strengths and gifts that weren’t quite mainstream.”

After retiring and finally having some time on her hands, Linda felt compelled to find a way to keep helping the kinds of kids she’d spent years working with. This led to two very important things happening — a meeting about pictures and a meeting about puppets.

“It was kind of a perfect storm,” she says of Know Me’s early days. “I connected with this young woman who did the illustrating (Daria Pekh), and she was really keen to do something a little different from what she had been doing. I then developed a business partnership with a woman who’s a puppeteer, and we’ve created a workshop that incorporates the book and a performance piece which uses the text from the book.”

Linda and her Puppeteria workshop partner, Shelley King, wanted to create something to address the bigger ideas of inclusiveness, tolerance, and acknowledging individual stories. The idea of the Know Me workshops and book were born together as chicken and egg, creating completely cohesive and complementary companion pieces to one another. 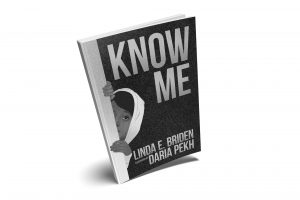 “The actual book-in-hand has only been for about a week, but the text, we’ve been working on building that in the performance piece,” Linda says, noting that, like many authors, she always felt she had a book somewhere inside her.

“We’ve got some of the images from the book showing up in the performance piece, and the questions that we’re asking in the book, we’re putting out there to the kids in the classroom. The book supports the workshop, the workshop supports the book, and it all kind of evolved together.”

The Ontario-based duo began hosting workshops back in March, utilizing puppets as an important tool to connect with students in grades 3 to 6.

With the ideas of inclusion and acceptance at the heart of the project, Linda was determined to have the illustrations speak to as many people as possible.

“They’re probably more important than the text,” Linda says of her uniquely dark images. “We were really committed to the idea of everything being really ambiguous. We did not want the pictures to give any kind of clear story. We wanted them to be vague, to be really, really open to interpretation, because that’s where the conversations start. You can have all sorts of opinions.

“For example, ‘What Scares Me’ is just this darkness and a child running. That could be a lot of different things, and each of the pages, if you look at them, it’s a little unclear what’s going on.”

Calling each choice “purposeful,” Linda says she feels like each person depicted in the book could be any gender, any race, and any sexuality, leaving each image as open as possible to broad, sweeping interpretations. Of particular importance was the desire for the book to be relatable to kids who may feel they are on the fringe and outside the mainstream majority.

“It isn’t light and happy, butterflies and sunny days. There is a darkness to it, but I think sometimes we tend to sugar-coat things with kids,” she says.

“Kids have tough things to say and need permission to say things that aren’t maybe so happy and pleasant.”

Know Me has a distinct grittiness that sets it aside from the bright colours and fanciful characters of traditional children’s books. And while Linda had that vision in mind from the beginning, it wasn’t necessarily an easy road to getting it on paper.

In a sort of role reversal to her days as a child and youth worker trying to build trust with her charges, Linda had to learn to trust the members of her team, including her illustrator Daria.

“I had an image in my head. The book that’s in front of me now is very, very different than the image I had in my head, and I think that’s a big thing,” Linda explains, “to not get locked into something, but go with that creative process and see where it leads you. Don’t have too many preconceived ideas.

“I think next time I’m going to give the illustrator a lot more free-rein. I had to learn to back off and let her go with her creative process, which was really interesting, and not get too locked into the way I thought.”

Another pleasant revelation for the first-time author was the added value of marketing services, which go far beyond the cookie cutter responses someone might be able to pull up with a quick Google search.

“What really surprised me was how useful the whole marketing conversation was. That’s not something I anticipated. I was really impressed with the time Francesca spent on the phone with me and how useful a lot of the stuff she gave me was … and how personalized it was to my particular project, and the thought and time that went into it.”

Rome wasn’t built in a day and books aren’t printed in one either, which proved to be an adjustment for Linda’s ‘shoot from the hip’ style.

“For me, I get impatient. I like things to happen fast, so from idea to actual book in hand, it took about a year,” Linda explains. “I’m the kind of person that (says) ‘I’m going to paint this room today,’ and I empty the room and I paint it within 24 hours. So, I had to just be patient with each step and just trust that it would come together.”

Though patience may not be listed on Linda’s list of strengths, she says she’s glad she ultimately slowed down and trusted the publishing process.

“It was more important to slow down and be sure of each stage. Let it unfold and let it be something you’re proud of. And I’m very happy with the finished product.”

For more about Know Me, visit knowmebook.ca. 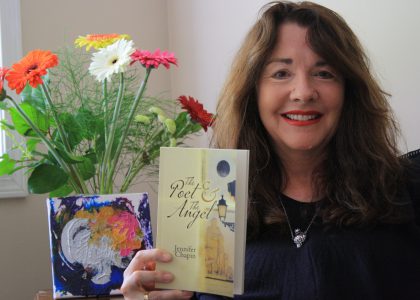