Pleasant Good Evening, a Memoir: My 30 Wild and Turbulent Years of Sportstalk hits #1 on the Amazon bestseller rankings in multiple categories

Canadian sports fans have grown up listening to Dan Russell’s Sportstalk radio show over its three-decade run, and now they can relive some of the most iconic moments in BC sports history in Dan’s new memoir, Pleasant Good Evening, a Memoir: My 30 wild and turbulent years of Sportstalk.

Russell has been interviewed by dozens of media outlets, and his book hit #1 in the Amazon bestseller rankings in multiple categories.

What began in 1984 as a simple 50-minute filler grew into the longest-running and most-listened-to show of its kind in Canada.

What inspired you to write your memoir?

Initially, it was something I planned for my kids to one day knew what my career was all about.  But mostly it was about making sure the legacy of the trailblazing show I hosted would be forever on the record.

What do you hope readers will take away from your book?

Many things, I think.
1) Setting goals is great, both short-term and long-term.  But chasing dreams can be as unhealthy as it is healthy.
2) The best broadcasters are the best listeners.
3) To steal a line from former Sportstalk regular Harry Neale, “Hard work beats talent if talent doesn’t work hard.”

After 30 years in sports talk radio, I’m sure you have so many memorable career highlights and moments.  What are the three or four that first come to mind?

1. The Vancouver Canucks 1994 playoff run. Sportstalk was with them through all four rounds, often extending the length of our show, including 7 hours after Game 7 from NY City.
2. The 2010 Olympics from Vancouver, a magical time for our city.
3. Interviewing so many sports legends, especially the first time I interviewed Bobby Orr.
4. Breaking the story of Vancouver getting an NBA franchise.

You interviewed our new president at Tellwell, Jason Farris, on his book Behind the Moves: NHL General Managers Tell How Winners Are Built a decade ago. It’s a cool, small-world, serendipitous moment. How does it feel being on the other end of the microphone when giving interviews?

No one in Canada interviewed more book authors than I did during my career, so it is different being on the other side.  But knowing what I was looking for from a guest probably helped me during my media tour.  Also, though not as a book author, I have been interviewed many times over the years.

Your book has landed on multiple Amazon bestsellers lists, ranking in the top spot, and you’ve appeared on major news outlets as well as podcasts. How does it feel to have it be so well received?

It’s humbling and gratifying.  Even though I’m a rookie author, I know it’s a tough grind to sell books in this day and age. There is still work to do.

For authors who may not have your established media connections, what advice would you give them when pitching their book?

Put in the work.  Identify which media outlets you would like to have exposure from, and find out who the key people are from hosts, producers, editors, etc. A personally addressed email can go a long way. Expect to follow up with them, maybe even a few times.

Keep your requests to the point. Don’t make the receiver of your email work too hard to find out what it is you want. Grab them right away or they will move on to the next item on their daily list. Give examples as to why you would be a right fit for their medium.

What were some of the writing challenges you faced during the manuscript development, and how did you overcome them?

The manuscript development was not the most challenging part for me.  I was extremely organized and had been for my entire career.  I kept a diary of every show, nearly 8,000, that we did.  I had personal calendar journals that tracked all my comings, goings, and key meetings.  And I had hundreds of hours of archive recordings. Without all those files this book wouldn’t have been as credible as I believe it is.

What was the most challenging part of the process for you?

The writing was the most relaxing part.  Everything else—selecting the publisher, working with the project manager, staying on top of the interior design, marketing challenges, building a website, selecting content for the site, scheduling interviews, and staying on top of social media—was the challenging part for me.

As a self-published author, you must stay on top of all of that to make sure your wishes and vision for the book are being fulfilled. I also needed to either re-familiarize myself or learn for the first time, things like Adobe, Audacity, Soundcloud, DropBox, Mailchimp, Goodreads, Amazon Author Central, Google Docs, etc. In many ways, it was like when I was hosting the show. My most relaxing three hours of the day were the three hours I was on the air.  All the planning/prep/research stuff was often the grind.

Did you have periods of time where you didn’t feel like writing, or faced writer’s block? Are there any habits and techniques you adopted to push through these phases?

For me, the writing of the manuscript was the perfect Covid project. Our days had to be filled with doing something, and that’s what I mostly did. I had laid out my gameplan, in terms of chapters, before I started writing and went from there.

Are you still living in Thailand? Is that where you spend part of the year regularly? How is your stay there going?

Thailand was a great place to be during Covid, compared to many other countries. It was supposed to be for part of the year only, but with travel essentially shut down for a couple of years, it kept me in Thailand.

Do you have any other ideas for upcoming books?

I may have a couple of ideas.  But I’m not ready to go there yet 🙂

Not sure . . . I may perhaps entertain the idea of going back on the air in some form.

In many ways, writing this book was the crowning achievement of my career. I am the only BC-based sports broadcaster to have ever done so. If there was a misconception, it might have been some believing I was a rabid sports fan who just happened to end up on the radio, where in fact it’s the other way around. I am an enormous fan of radio broadcasting who just happened to like sports. 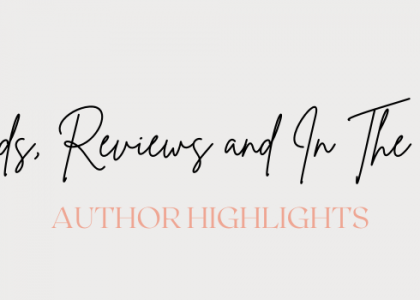 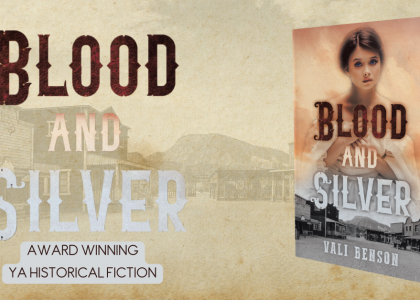 Award-winning author Vali Benson on how she generated buzz, reviews, and awards!