How divine intervention and serendipity led Tellwell author Jana Rieger to write her first book, and adapt it to the big screen 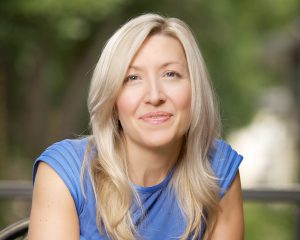 It was on a long-haul flight to Europe, and right before a sabbatical, that academic scientist Jana Rieger suddenly had a character appear in her mind.

“Between the fatigue and boredom of being on a long flight, this character came into my mind. The one thing the sabbatical did was allow for some freedom in my mind. It allowed for a space to open up,” said the University of Alberta professor and research director.

In the book, Fennel is a young student and research assistant who is engaging in unethical medical behaviour and attempting to destroy her boss’ reputation and career. Set in Edmonton, at the same university in which Rieger works, A Course in Deception explores the ethical complexities that arise when profit and greed influence health research. 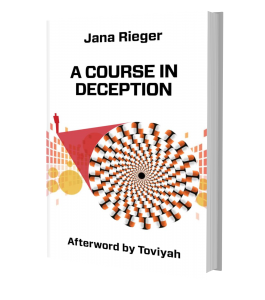 While the story is completely fictionalized, Rieger says there have been high profile cases around the world of researchers fabricating data in order to secure funding.

“It doesn’t matter which university or where you are in the world, you realize this is an issue. I don’t think there is any one place or academic institution that is immune to this.”

Younger colleagues applauded Rieger because the book made them think about issues related to pressure versus ethical duty in a way they never had before. Rieger noted that many also related to the work pressures researchers face in securing grants and publishing a certain amount of papers every year.

The similarities between the main character, Dr. MacKenzie Smith, and Rieger herself had colleagues wondering if the other characters were based around their own workplace.

“Some facts did make their way into fiction, but there is not one character based entirely on someone else, except for the dog,” she adds jokingly.