Alison Child-Beleny released her memoir with Tellwell Publishing in July 2018 and it is entitled, “My Years Behind Bars:  Memoirs of a Volunteer.:  It was a dream for her to publish her memoir, and a legacy she left behind when she passed away this month.  You can find this book on Amazon or through other online booksellers like Chapter/Indigo and Barnes & Noble. 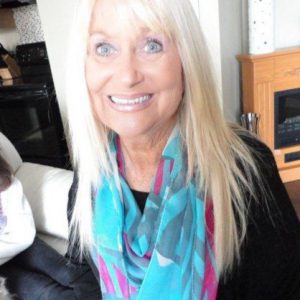 When we first starting talking about her inspiration for the book I erroneously thought that Alison had been behind bars, until she corrected me, laughing.  The book tells a story of her 26 years as a volunteer with male offenders in a maximum security detention center.  Her role was technically that of a life support group facilitator.  However, her real job she said, was to reach out in friendship, love, and respect to all of these men, regardless of the events that led them to being there in the first place.

In return, they loved her back.

Alison sent me images of the artwork they had sent to her:  pastels, line drawings, cartoons, cards and scrawled notes that over the years revealed how much she meant to them and how important her friendship was in a dark time of their lives.  Their art, in many cases, was absolutely stunning.

“Wow, look what you did for them!” I exclaimed in one of our conversations.

“Actually”, she said, “look what they did for me.  Their friendship changed my life completely.” 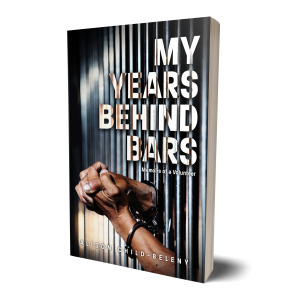 Alison was no pushover  She was pretty tough when she needed to be and she was respected.  She drew a line in the sand that they did not cross.  She told me that she has always believed that no one is a throw away in our society, no matter what happens to us, and especially when we take a wrong turn.

Some of these men’s lives did not end well, but she never judged them.  She just missed them.

Alison’s health was precarious when we began her book project and she hoped she would be given the time to finish.

I was so moved by her book that I bought three of them for my siblings for Christmas this year.  I phoned Alison to tell her this and she was overjoyed.  She was quite weak at this point and was now in a hospice, but her vibrancy came through as we talked about the book once more.  Two days later, on December 14th, 2018, she passed away peacefully with her family around her.

I wanted to share the well-loved poem called the Master’s Touch by Myra Brooks Welch that Alison placed at the end of the book:

“Twas battered and scarred and the auctioneer
Thought it scarcely worth his while
To waste much time on the old violin
But he held it up with a smile.

What am I bidden, good folks, he cried
Who will start the bidding for me?
A dollar, a dollar – then Two, only Two?
Two dollars, and who’ll make it three?
Three dollars once, three dollars twice,
Going for three – But no

From the room far back a gray-haired man
Came forward and picked up the bow;
Then wiping the dust from the old violin
And tightening the loose strings
He played a melody pure and sweet
As sweet as a caroling angel sings.

The music ceased and the auctioneer
With a voice that was quiet and low
Said What am I bidden for the old violin
And he held it up with the bow.

The people cheered and some of them cried
We do not understand, What changed its worth?
Swift came the reply:
The touch of the master’s hand.

And many a man with life out of tune
And battered and scattered with sin
Is auctioned cheap to the thoughtless crowd
Much like the old violin.

But the Master comes and the foolish crowd
Never can quite understand
The worth of a soul and the change that’s wrought
By the touch of the Master’s hand.