Here is a selection of books published by Tellwell featuring spooky ghost stories, paranormal creatures and mystical adventures. Plus, learn the truth about Dracula from Bram Stoker himself.

A decade after making Bram Stoker’s Notes for Dracula available to the public, Robert Eighteen-Bisang and Elizabeth Miller reach a new plateau with this revised and updated version of their groundbreaking work.
– J. Gordon Melton, The Vampire Book: The Encyclopedia of the Undead.

Robert Eighteen-Bisang and Elizabeth Miller’s Drafts of Dracula builds upon their pioneering work on Bram Stoker’s notes to give us new insights into Stoker’s typescript, his play of 1897, and the mystery of Dracula’s Guest.
– The London Library

Follow the journey of a strong, independent, yet caring woman as she navigates the supernatural world she is thrust into. Gwen steps out of a dysfunctional family life and into a world filled with danger she never realized lives at every turn, fiery passion, and a love that is ever binding. How will she handle her strange new surroundings as well as the man with the intense and overbearing personality who threatens to destroy the emotional barriers around her heart?

Wicked, the next in line to become the vampire king, is caught off guard when he grudgingly agrees to take on a charge, something he never wanted to do. He is unsure how to handle this fierce and vibrant woman with the unsettling green eyes. It doesn’t take long for them to clash, but will it end passionately or burn down around them?

Ominious Campfire Adventures contains six stories that are all approximately twenty minutes long. The dialogue includes many sound effects and SCARES that will put your audience on the edge of their seat. Anyone 8 to 80 with a sense of humour and a bit of imagination will find the stories enjoyable.

Excerpt from “The Tale of the Haunted Axe”

It was just after midnight when he heard it. The wind had started up, rustling the trees outside and banging the boat against the dock. Then CHOP, CHOP — there it was! That was the noise that woke him. It paused and then CHOP, CHOP again. His dad was snoring. Jimmy thought that his dad would sleep through anything, even if the roof fell down. Jimmy jumped out of bed and looked out the window. He blinked and listened, bewildered as to why he would hear someone chopping with an axe in the middle of the night. The wind gusted and suddenly CRACK, SWOOSH, and KABANG. A tree fell down and smashed his dad’s car right before his eyes. “DAD!” yelled Jimmy as two hands grabbed his shoulders.

The Ghost of Walhachin

A ghost, time travel, and unusual friendships await Kean in Walhachin. Kean feels displaced at his home in Seattle since his mother recently re-married and has chosen to spend the summer in the small desert town with his aunt and younger cousin. Not long after arriving, he regrets his decision. There is no one his age. The town is too small for public amenities. Then everything changes when he uncorks an old soda bottle that was made in Walhachin eighty years prior. He becomes embroiled in an adventure to try and help a ghost retrieve a much-needed item from the past. In his quest to help the ghost he discovers the town’s spirited history and develops unusual friendships with an old man in the present and a young boy in the past.

The book also received a 4.2 rating in IndieReader’s review. Check the rating here.

In Blackburn Hamlet Book One is the story of Danny Nells, a little boy who loved Hallowe’en, until one fateful night when he tried to play a prank on his mom and dad!

In Blackburn Hamlet Book Two is a story of Mommaletti’s Ghost is about a man who becomes a ghost outside of Nonno’s Pasta Shop and thinks he wants a serving of spaghetti. If he doesn’t get it, he chases little kids to their homes, and they had better make him some pasta, or else!

Dr Maxwell Stein, a seasoned child psychologist practicing in New York, is about to head off on vacation, when the past comes back to haunt him. A visit by a former patient, now a mysterious adult, takes him by surprise to deliver a priceless gift. Her simple message, sets the wheels of his conscious and subconscious mind in motion till he is on the verge of derailing. His family, concerned and frightened by his changing attitudes, feels helpless. Is Max bordering on insanity or is there still hope?

An opportunist President takes advantage of a bad vaccine to declare war on science, outlawing vaccinations and most scientific research. Suddenly, the country is faced with the resurgence of many diseases thought to be eradicated, including the bubonic plague and no way to cure them. Britton Gravel, a mother and funeral home proprietor is up against the clock to find a cure for the antibiotic-resistant plague, and discover who took her sick son, while dodging government agents who will stop at nothing to repress the truth.

The Zoo: A novel of intrigue and deception on the East-African coast

As he starts his new teaching job in Kenya, Brett James discovers that things are not as they appear on the surface. He bravely confronts the mysteries of the cross-cultural, multi-religious community called The Zoo. His faith is deepened as he deals with unexpected and stunning revelations. Follow our hero, Brett, as he battles thorough a fog of mystery, deception, and violence. He challenges the impenetrable wall, constructed by the elusive founder who controls access to the isolated Monkey Island, projecting dramatically into the Indian Ocean.

Will the residents reveal their sinister histories and complex relationships to this naive outsider? And will Brett be sympathetic as the surviving leaders strive for reconciliation and truth that parallels their spiritual longings? Will the characters restore their relationships, and can they experience a deepening faith?

All beings radiate a life force, but some have an additional Mystical Force – a force that grants them special gifts, be it magical essence, demonic aura or spiritual power. While some consider these people to be gifted, there are others who feel these powers are unnatural…

When Shi-ria graduated from apprentice to Taman Knight her master foresaw she was destined for something no other Taman Knight had done. She had no idea what he meant until a sorceress named Zolida brought her to a strange, remote, backwards planet called Earth.

There, Shi-ria meets a witch named Mystic, her husband, Noonien, a demon named Tokijin and a nun called Sister Rose (who happens to be secretly dating Tokijin). Together they get drawn into a tangled web of criminal smugglers, vengeful spirits and Sister Rose’s fellow members of the Order of the Cross, who wish to exterminate these ‘devils’ for their ‘ungodly’ powers.

As if this wasn’t enough, a rival sorceress named Scarlet Knightwalker is adamant that this unlikely team not meet, just as much as Zolida insists they must. Now they must find the answer as to why Zolida insists their meeting was predestined, and more importantly, why Knightwalker is determined to fight fate. Answers that could change the course of the future, but for better or worse? 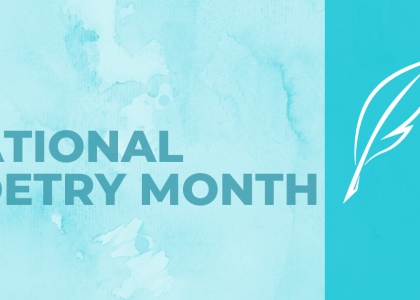 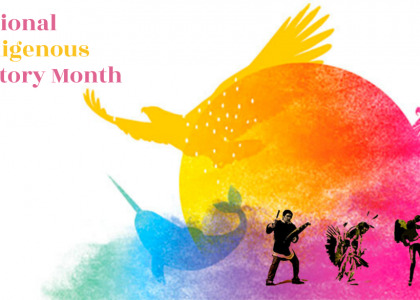