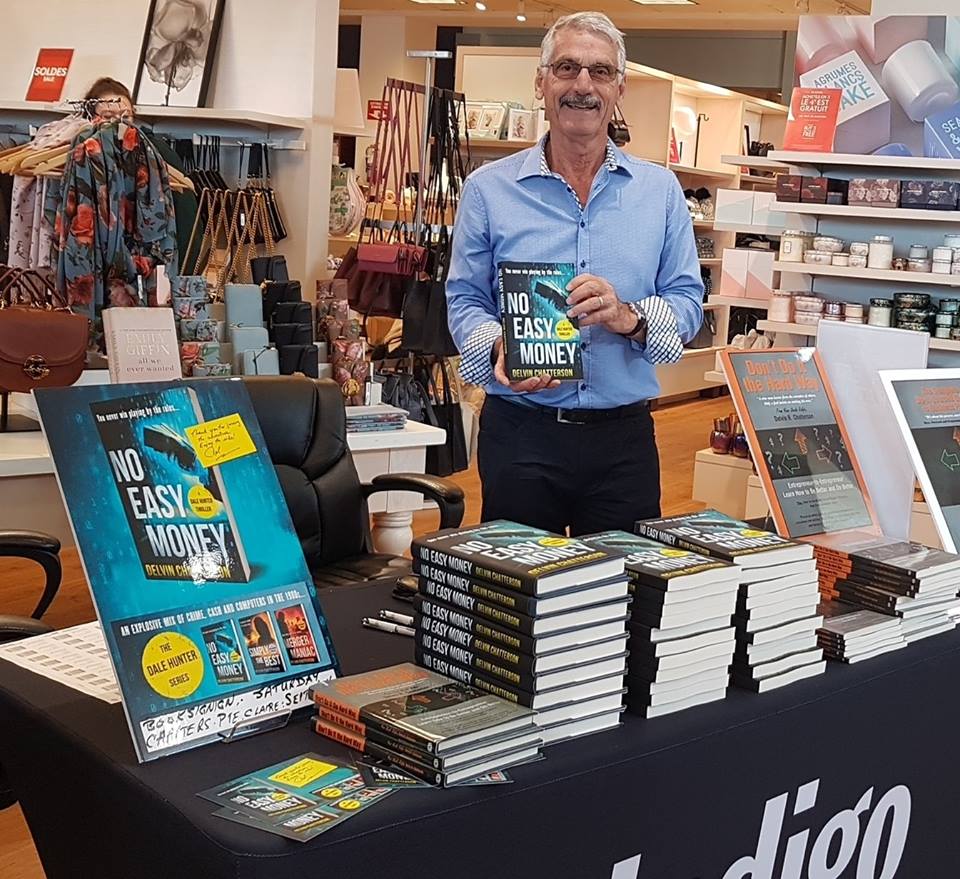 Entrepreneur now turned authorpreneur Del Chatterson is approaching his new career as an author with the same dedication as running a business.

“The motivation and work habits are similar. It is necessary to have a process and a plan, to be creative, innovative, determined, disciplined and hardworking,” said Chatterson.

The Montreal-based author has taken inspiration from his decades of experience in the computer industry and applied it to his latest crime-fiction novel. “No Easy Money” is set in 1980s Montreal and follows young entrepreneur Dale Hunter as his computer business is attacked by gangsters and the Montreal Mafia.

“A lot of details of the entrepreneurial experience is based on my life,” said Chatterson, who grew his computer monitor distribution business from zero to $20-million in eight years.. “It includes some fascinating insights into the challenges of entrepreneurs.”

Del also named his protagonist Dale, a name similar to his own. But the crime, drama and suspense that make the book a more entertaining read, are all imaginary.

Chatterson was inspired by writers like Kathy Reichs and Ian Hamilton who also turned their business experience into crime- fiction.

“I thought, I could do that.’ He attended writing workshops, read a lot of book from his favourite authors on how to write well and began with short stories to flex his muscles.

Once he reached retirement, Chatterson was able to devote more time to his writing. “No Easy Money” started as an idea 15 years ago, but after two years of writing, he had a manuscript. Tellwell published the book in August 2018. 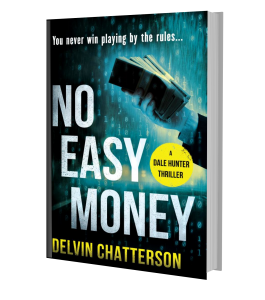 Now the crime-fiction writer is hard at work promoting his new book, a skill he has honed as a business owner.

“For most writers, the sales and marketing can be challenging but as a self-published author you are responsible for everything.”

Chatterson says authors need the same kind of work habits as entrepreneurs to be productive and disciplined. Creativity also crosses both worlds as entrepreneurs are constantly finding creative solutions to solving problems.

But he says what makes being an author more satisfying is selling your own product.

“It’s more personal but also harder to divorce yourself from the product and be at arms length from it. It’s also more satisfying when people buy it and say they liked it.”

In the last several months, Chatterson held his book launch as well as multiple book signings at Chapters Indigo stores in the Montreal area. His book is available at several bookstores in Montreal. He’s also been working with Telllell’s marketing team on generating publicity for his book.

Articles have appeared in The Kimberley Bulletin, The Cranbrook Daily, and Eknow.

Indie Reader rated it four stars (out of five), calling it a “crime drama that is as fast-paced and involved as the archetypal L.A. potboiler, and deftly leaves open the possibilities for his characters to continue their stories in future adventures.”

Indeed, “No Easy Money’ is the first book in the Dale Hunter Series. Chatterson is already hard at work on book number two “Simply the Best.”

Delving head first into a new full-time career is not quite how he envisioned retirement but this is more than a vanity project or retirement past-time.

“I cannot resist the entrepreneurial instinct to succeed with sales sufficient to make it a profitable venture,” he said.

The book hasn’t reached best-seller status yet but Chatterson is slowly growing an audience, persistently and patiently just as he grew his business. 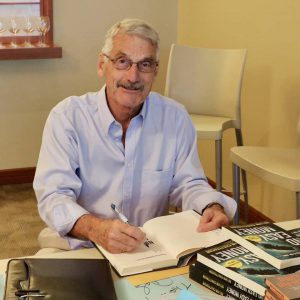