June is National Indigenous History Month in Canada. It’s a time to reflect upon and learn the history, contributions, heritage, and diversity of Indigenous peoples in Canada and their role in shaping the country. First Nations, Inuit and Métis Peoples have their distinct histories, and within each group, their unique stories.

Tellwell is celebrating Indigenous History Month by showcasing our talented and courageous Indigenous authors whose stories strengthen our social fabric, enrich our culture and understanding of history. Thank you for telling your stories and sharing it with the world.

They Called Me 33: Reclaiming Ingo-Waabigwan

Karen Chaboyer is an Ojibwa mother and grandmother from Rainy River First Nations, a community in northwestern Ontario. She is proudly admired by her children, who have witnessed her transformation as she worked through layers of shame and learned to embrace her identity. A second-generation survivor of residential school, Karen now shares her experiences with audiences throughout the Toronto area, where she now resides. Karen’s goal is to educate people on the extent to which the tragedies of the residential school system have impacted individuals, families, communities, and entire cultures to this day.

Grieving is the way to work through our losses and past traumas; compassion for ourselves and each other is how we move forward. Only then can we be victorious.

Watch Karen’s story on the CBC here. Learn more about They Called Me 33: Reclaiming Ingo-Waabigwan.

The First Holocaust: An Inherited Duty To Survive

I am a proud Onkwehonwe woman from Mohawk Territory. I am a mother, a spouse, and a grandmother. I have lived all of my life on a Mohawk reserve. My family and I have lived through the many atrocious acts that you are only hearing about now in the news. I have always loved writing – the idea of this is a dream come true for me. I wanted to connect our oral history with what you are now hearing about – a tainted North American history.

Learn more about The First Holocasut: An Inherited Duty To Survive.

Wendy Hill is a Native woman from the Cayuga Nation, which is one of the Six Nations/Longhouse people. Wendy’s spiritual knowledge began as a child through her dreams and spiritual experiences. She was raised through her people’s traditional ceremonies and continues her ancestors’ spirituality. At twenty years old she had a near-death experience and was given insight to her abilities as a healer. Today she works as a healer and peace-builder in many different Native communities in North America. She travels extensively, motivating community wellness and healing, as well as awareness of the Earth’s changes. She does hands-on healing for pain and illness, as well as emotional, mental and spiritual healing. Wendy continues to enlighten and share guidance, direction and healing wherever she goes.

From the creator of Ih’ah’aya the Children’s DVD, comes the new children’s book “Adventures of Keya.” This one of a kind collection of 4 short stories is sure to delight and captivate all audiences. Complete with a word Glossary before the start of each story, the sporadic use of the Dakota Language throughout the book is a pure treat as it helps children acquire the usage of common everyday Dakota words.

Learn more about the Adventures of Keya.

The Name of my Blanket is Hlbin Hlox: The Killer Whale that Blocks out the Moon

Matthew Harvey Moore is the English name of a new Nisga’a Author who was born on January 26, 1955 in Old Aiyansh to Arthur and Wilma Moore. Nisga’a names he has held are: Ahl Da Yuux Kw, Eats At Night; TxaaGyaaskw, sees everything; Hlbin Hlox, Killer Whale that Blocks out the moon/sun – Currently he holds the name Hlgu Wassin Xbiltkw, the small Wassin Xbiltkw.

Learn more about The Name of my Blanket is Hlbin Hlox: The Killer Whale that Blocks out the Moon.

The Story Of The Tamarack

Tobias Clarke is an oral storyteller and has always enjoyed the lessons learned from traditional stories. She is a Drummond Island Metis descendant and is an active Metis community member in Ontario. Over the years she has developed a deep connection with her Metis culture, and has been recognized for her traditional knowledge and teachings.

THE STORY OF THE TAMARACK is her first step towards taking her oral storytelling to the next level. The young Metis girl in the story is named after one of Tobias’ Metis ancestors. She wrote her interpretation of this story back in 2011 and kept it in her dresser drawer until now.

Jeffrey Wilson, a descendent of Metis heritage, began to draw at an early age on a Grey County, Ontario farm, dreaming of one day having his work in the newspaper funnies. After many years and scribbles later, the dream came to fruition when his comics, gags and editorial panels began to appear in publications across Canada.

Learn more about The Story of the Tamarack.

Calling My Spirit Back

Elaine is from the Syilx (Okanagan) Nation and Secwepemc (Shuswap) Nation and is a member of the Penticton Indian Band.

Elaine was raised by her grandmother who spoke only the nsyilxcen language. It is this foundation that shaped her world view and the importance of connection and relationships.

In 2008, she led a four-year process in her community to create their Comprehensive Community Plan for the Penticton Indian Band. The PIB CCP gained national recognition and as a result has been invited to speak about their process in other communities across Canada.

Elaine has worked for Provincial and Federal governments as both employee and contractor for the past 20 years and has extensive experience in designing inclusive processes that can mediate and bring together opposing perspectives and varying experiences.

She has worked as a political advisor to British Columbia leadership, Chief of Staff to the BC Assembly of Chiefs Regional Chief and served a three-year term as the Union of BC Indian Chief’s Women’s Representative. She is an advocate for women and girls, facilitator of healing circles and mediator for highly sensitive issues that occur as a result of multigenerational trauma.

Elaine has spent over 20 years in over 100 communities across Canada to promote healing and wellness. She is a partner of an Indigenous owned and operated planning company called Alderhill Planning Inc., along with Chris Derickson and Jessie Hemphill who are all leading experts in Indigenous community planning.

Read more about Calling My Spirit Back.

Just Another Indian: A Serial Killer and Canada’s Indifference

Journalist Warren Goulding has followed the John Martin Crawford case from its beginnings. He traces the crimes, prosecution, convictions, and media treatment surrounding Crawford and his victims. By raising disturbing questions about racism, police actions and policy, and the media, he draws the whole story out of obscurity and onto the public record. This disquieting book acknowledges for the first time the lives and gruesome deaths of these four Native women and challenges all Canadians to consider the possibility that in this country, some lives are worth more than others.

Goulding’s articles have appeared in Maclean’s, The Globe & Mail, The Saskatoon StarPhoenix, and many other Canadian newspapers. He lives on Vancouver Island.

Just Another Indian: A Serial Killer and Canada’s Indifference is in production and will soon be published. 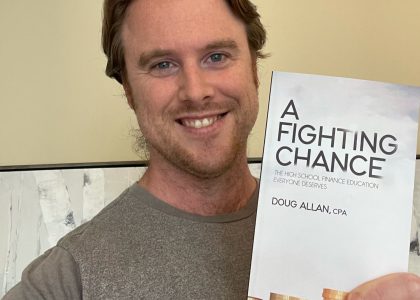 How to speak with your teenager about money 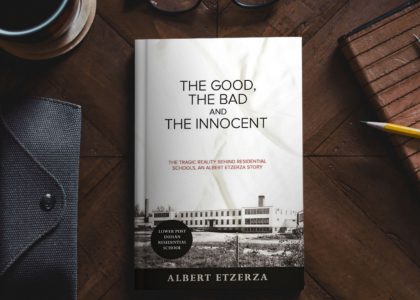