Tellwell author and Governor General’s Award nominee, Leslie Hall Pinder, puts her decades of experience in the courtroom on paper in her latest crime-fiction novel, The Indulgence. Learn more about the B.C.- based author’s career as a lawyer-turned-writer, how she got a testimonial from Margaret Atwood and why after traditionally publishing three books, she got decided to self-publish. 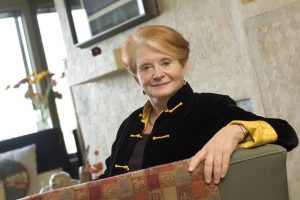 At age 12, Leslie Hall Pinder was told to write. She was encouraged by her school teacher and, following her teacher’s advice, Hall Pinder’s first short story was broadcast on CBC radio when she was 19-years-old.

Hall Pinder immersed herself into the literary world after high school and went on to complete her Bachelor of Arts in English from the University of Saskatchewan and Dalhousie University. She then started a Masters Program in English at the University of British Columbia, however, her interest in school was beginning to wane; she often skipped class and eventually dropped out to pursue her dream of becoming a full-time writer. But the author’s plan was put on hold when she found casual work in the case report section of the Vancouver Police Department – the lure of the law became absolutely irresistible. She quickly enrolled back in school and, in 1976, she graduated with a law degree from the University of British Columbia. Shortly after, Leslie became the first woman litigator at a large Vancouver law firm.

After working nearly 20 years in law, alongside writing and publishing two novels (one of which that was nominated for a Governor General’s Literary Award), Hall Pinder decided to step back from the legal world and begin writing full-time. She has been a full-time writer since 2005 and the courtroom still plays a major impact on her work which focuses largely on characters who undergo the difficult and corrupting struggle of truth as defined by the law.

After traditionally publishing her first three books, Leslie Hall Pinder chose to self-publish her fourth book with Tellwell. The Indulgence is a story about what happens when love turns to hate and everyone turns to the law. 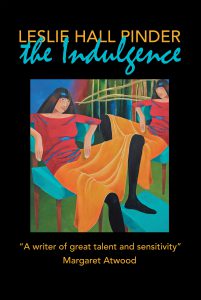