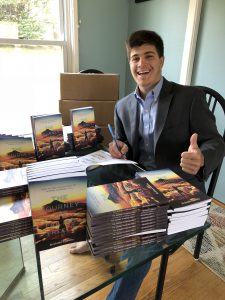 It was only through failure that author Brandon LaBella was able to live with purpose and meaning.

The 23-year-old graduated from his university’s business administration program in New York State and sought work on Wall Street. But after he was rejected by a large investment firm, he realized working in finance would have been living up to an image of success that was not his own. And many of his peers felt the same.

“We are so pressured to succeed, living up to a standard that is not true to ourselves. The only way to find our authentic self is to fail. Why not give people a handbook on how to fail freely,” said LaBella.

The entrepreneur published his book with Tellwell in April. “The Journey to Failing Freely: How to Find Fulfillment By Letting Yourself Fail” is a guide for young people who are trying to find their life’s purpose and passion. 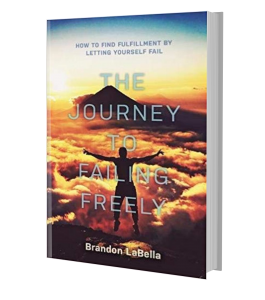 “There was no book that I could relate to about how to navigate college and where I wanted to be at the end of it,” said the New York-based author.  “I was tired of being told by everyone around me I was doing great and on the right path when I hadn’t failed once and felt caged on a societal leash.”

He wrote his book to inspire other students to seek out life experiences to find what it is that makes them truly happy without fear of failure or judgment. He says many people are trying hard to preserve a certain self-image, and often disregard their mental and physical health in the process.

Failing freely first starts with taking care of your health, LaBella says. Then he recommends people “take calculated risks, embrace the pain of suffering, put themselves in a safe environment to grow while reaching their full potential.”